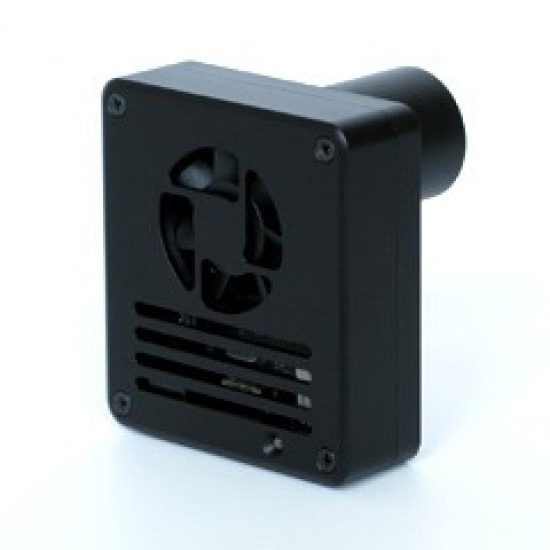 Physical dimensions of the Sony ICX445 CCD detector, used in G1-1200 cameras, correspond to G1-0300 or G1-0800 cameras. But G1-1200 has 1.2 millions pixels measuring only 3.75 × 3.75 μm. The EXview HAD CCD production technology, ensuring high quantum efficiency especially in near infra-red portion of the spectrum, is particularly important for usage in astronomy when capturing dim stars or other objects.

Despite relatively small physical dimension of the CCD chip itself, the package is too large to be used in the round head of G0 cameras. So the 1200 model is available only in somewhat larger head of G1 cameras (similarly to G1-1400 model).

Both G0 and G1 series of CCD cameras contain similar electronics, same CCD detectors and provide similar functionality. The difference is mainly in mechanical construction and in cooling.

Although modern astronomical telescope mounts support guiding through PC connection, G0 and G1 cameras incorporate standard 6-pin connector for the mount's autoguider input. Thus the computer can guide the mount through the camera even in the case there is no link between the telescope mount and the PC.
The G1 camera head is equipped with standard Autoguider connector.

Remark: The autoguider port current must not exceed 100 mA. If the mount does not treat the autoguider port as “logical input” only, but switches the guiding motors directly by these signals, a “relay box” must be inserted between the camera and the mount. The relay box ensures switching of currents required by the mount.

CCD Chip
G0 and G1 cameras use sensitive and low noise Sony ICX CCD detectors. Sony does not publish the absolute quantum efficiency of these CCDs, but the estimated QE exceeds 50 %. The dark current and read noise of these CCDs are very low.

Notes:
SIPS control software allows applying software binning if lower resolution images are desired.
Download times are valid for USB 2.0 host and may vary depending on host PC. Download times can be significantly longer when connected to USB 1.1 host.
Some electronics characteristics like system gain or system read noise cannot be determined without knowledge of some CCD parameters (e.g. output node sensitivity), which are not published by Sony.

Image shows back side of G1 camera head with air inlets for cooling fan. Only for demonstration of one of the differences between G0 and G1 cameras.

Power supply
G0 and G1 cameras are powered from the USB cable. No external power supply is necessary.
The current limit for single USB device is 500 mA from 5 V supply. The current required by G0 and G1 cameras varies depending on the camera operation mode. The following table summarizes camera consumption. Either way, cameras do not reach the allowed 500 mA limit, defined in the USB specification.

Notes:
If the camera is connected through unpowered USB hub, the current available for the connected devices can be as low as 100 mA, which is insufficient. Always use powered USB hubs when using G1 cameras.
Note the so-called “active USB extender cable” is in fact nothing more than standard USB cable with a hub with single USB connector on the far side. Such hub consumes some energy and may not work with G1 cameras.
Some USB cables incorporate very thin power lines with relatively high resistance. If the USB device consumes several hundreds miliampers, the voltage drop on such cable can be around one Volt. Although the G1 camera should work, some features may be negatively affected. Always make sure the used USB cable is as short as possible and with low-resistance power lines.

G1 Camera Mechanical Specifications
Compact and robust camera head measures only 83 × 76 × 26 mm (approx. 3.25 × 3 × 1 inch). The head is CNC-machined from high-quality aluminum and black anodized.
The head contains CS or C-thread for connecting various CS or C lenses. The C-thread to 1.25" adapter can be screwed into the head to attach the camera to any telescope focuser accepting standard 1.25" eyepieces.
The G1 cameras use Interline Transfer CCDs and they do no contain mechanical shutter. It is necessary to cover the telescope manually to take dark or bias frame.

Above image shows G1 camera with 1.25" adapter (left), camera back side with fan (right)

The G0 or G1 guider camera is connected directly to the USB port of the host PC or to USB hub, it requires no “CPU box” or similar device. The guiding algorithms are performed in the PC itself. Because the typical CPU used in a PC is several orders of magnitude more powerful than any embedded CPU, which can be used in any CCD camera, guiding algorithms can be very sophisticated. Such algorithms are implemented in the SIPS camera control software.

Although triangle matching requires at last three stars on the guiding image and thus is suitable either for short-focus guiders or for rich star fields, the image shift is calculated from multiple star positions and is less sensitive to random errors like seeing, radiation spikes etc.

Guider setup tab of the SIPS CCD Camera control tool
The guiding support in SIPS allows incorporating of G0 or G1 camera Autoguider port, which is de-facto standard and compatible with various autoguiders/telescope mounts. SIPS can also guide through telescope link (e.g. through the Meade LX-200 or Celestron Nexstar protocol) so no autoguider cable may be necessary. But the specialized device like G1 guider camera can usually control the mount with much better precision compared to relatively limited time resolution of an application running on the standard PC. 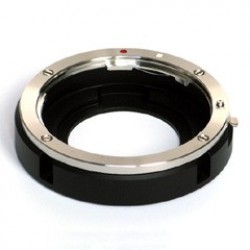 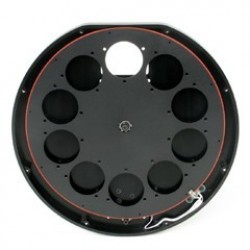 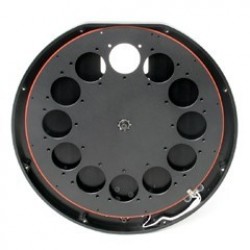 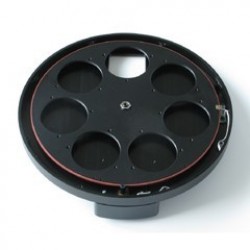